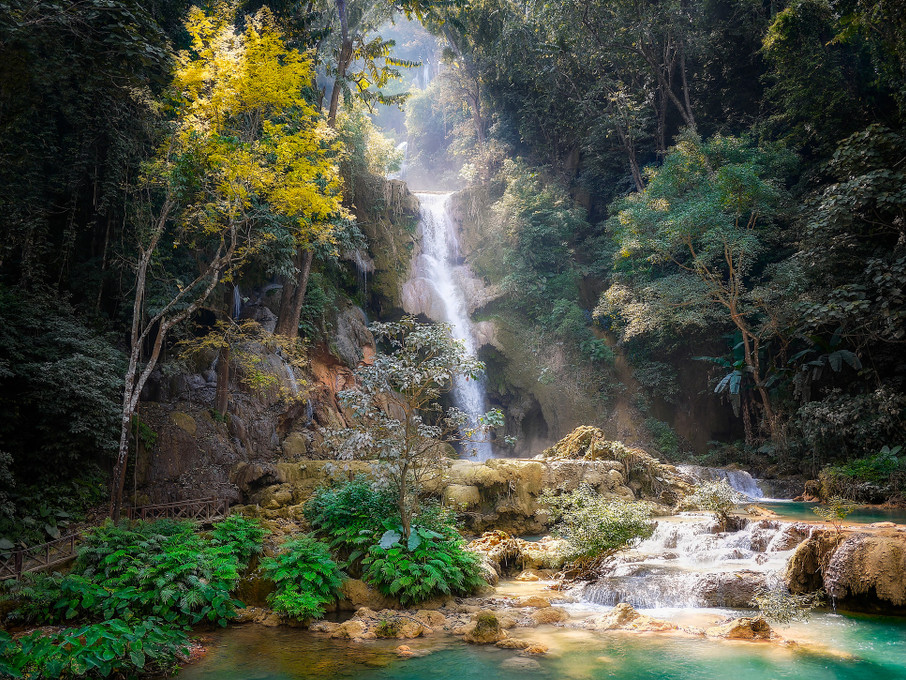 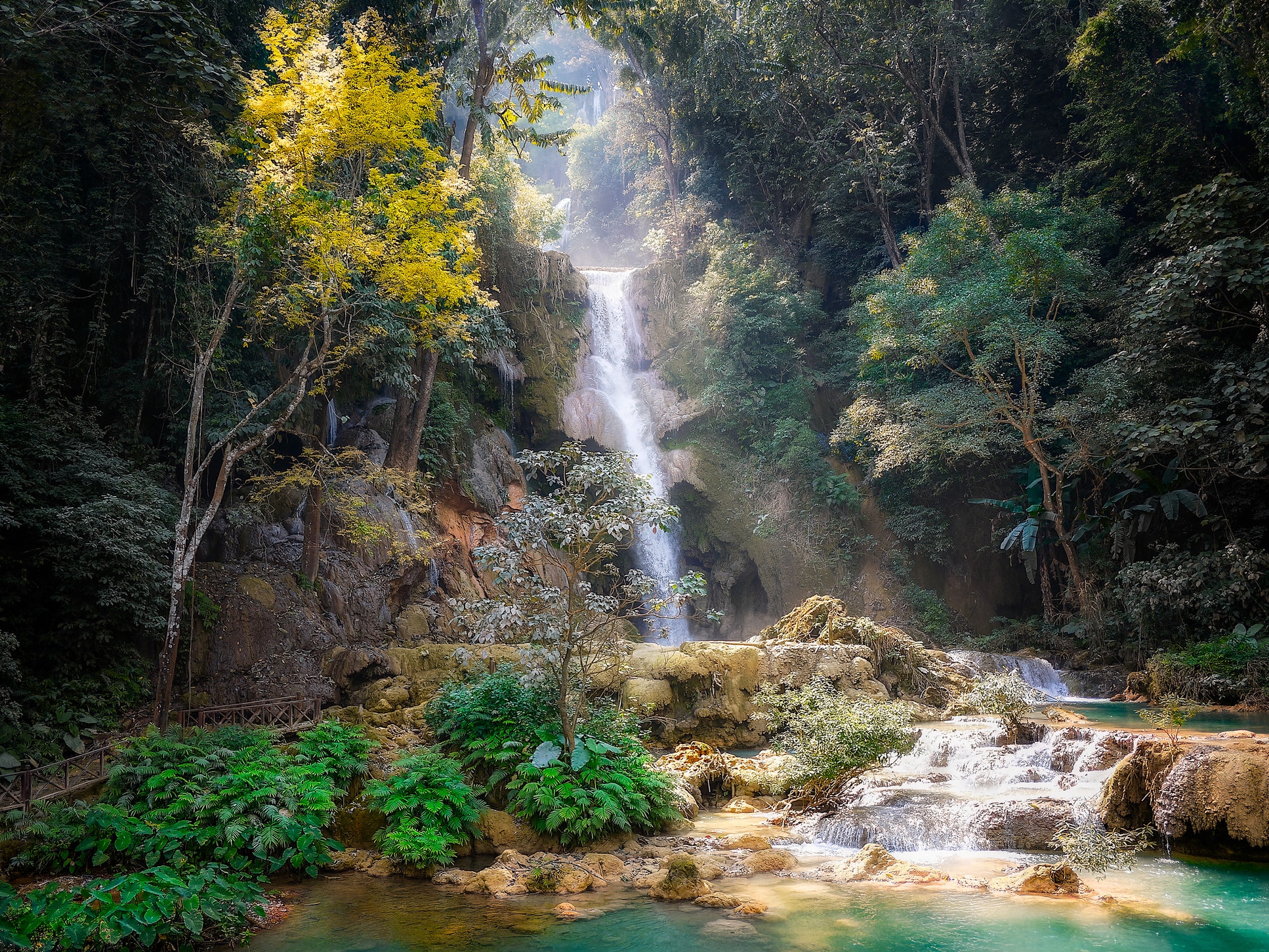 The Difference Between Tonifying and Strengthening Herbs

The applications are not the same either. Sometimes a tonifying herb (or formula) is needed; sometimes a strengthening formula is needed. Here, I hope to highlight the difference between the two, so that we can all better understand what our bodies need and what herbs are best to get there

Qi: The Goal of Tonifying and Strengthening

While very little is actually black and white, cut and dry in this world, let us just assume that when discussing and using herbs that have the qualities of tonification and strengthening, the ultimate objective is to promote wellness, to promote health, by enhancing (notice I don’t say strengthen) Qi. Qi, of course, is the universal life force.

Three Levels of Medicine and Treatment

In Chinese medicine there are three levels of treatment, and building Qi is useful in all three levels. The first level is the most superficial level, and is primarily concerned with relief of symptoms. This first level is very, very similar to the ultimate objective in allopathic Western medicine. Both strengthening and tonifying Qi will help relieve symptoms.

The second level already surpasses Western medicine, and that is the promotion of health—not just preventing disease but increasing a person’s overall level of health. One may make the argument that Western medicine includes prevention of disease, and as such that it too operates on this second level, but this second level is so much greater than just preventing disease, it is really concerned with elevating how healthy a person is. It is offering greater health. In this regard OK or fine is unacceptable. Both strengthening and tonifying Qi will help increase wellness (and subsequently prevent disease).

The third level concerns the Jing, and as such also concerns the Qi. There is no direct comparison between allopathic/Western medicine and this third level: The third level is concerned with aligning you—who you are—with your destiny. Jing, as I’ve discussed previously, is often misunderstood as just simply a deeper, more concentrated form of Qi, but it has more to do with the blueprint, the trajectory of a person’s life. It is not destiny or fate in the Western sense, but it is more the culmination and manifestation of your potential. In Chinese medicine, this concept is not seen as fringe New Age (as we may see it), but it is a very real concept and very much a part of the medicine—as real as treating a broken foot.

We have to remember here that in Chinese medicine, there is no separation of body, mind, and spirit—they are an integrated whole. Because there is no separation, so if your medical system does not see the separation and instead views you as an integrated whole, it makes sense to treat on all these separate levels. This third level, of course, concerns both strengthening and tonifying Qi.

Yin and Yang; Strengthening and Tonifying

Yin and Yang is a central, core concept in any type of Chinese medicine. Yin is often described as the cool, moist, dark, quiet, the feminine, while Yang is described as the warm, dry, light, the masculine. In health, these two forces are balanced and equally necessary. Having an excess of one or a deficiency in one is never the goal. Within the framework of Yin and Yang, we can think of tonifying as being more Yang and Strengthening as being more Yin. Both will enhance Qi, but they will do it in different ways. 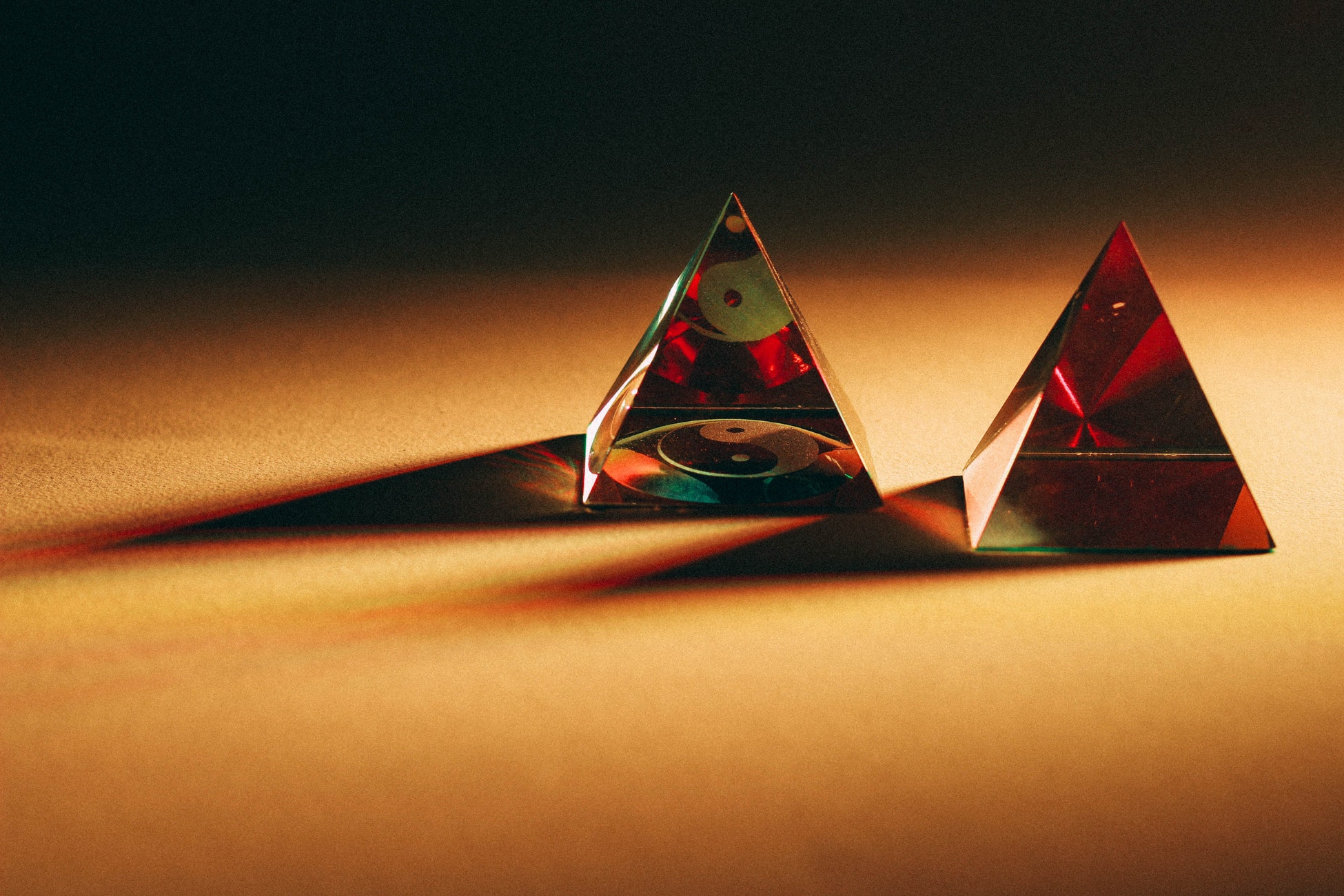 When using herbs to tonify (or using tonifying herbs), Qi is being added to the body. Herbs that are tonifying are those herbs that are usually considered adaptogens, including:

As a general observation, especially through my work with RAW Forest Foods, there is a “Like attracts like” phenomenon. People who are attracted to tonifying herbs are not the people who need them--they are people who have had ample Qi and are now experiencing a type of burn out due to a too Yang driven life. Adding the Yang tonifying herbs to mix will just exacerbate the issue (this is why we developed our TapRoot formula). Remembering that this class of herbs is Yang, we can say that more Yang individuals are attracted to the more Yang herbs. This is especially true when excess Yang in our lives begins to lead to burnout. We then look to Yang herbs to suffice, to prop us up. But is this really what is needed?

Above I partially described Yin as quiet, and in terms of Qi and herbs, the strengthening action is definitely the more quiet of the two. But, in my opinion, it is often the more profound of the two. Like when U.S. President Theodore Roosevelt said to "speak softly, and carry a big stick." The strengthening herbs are just this: hiding a lot of power in a seemingly quiet, an otherwise innocuous, form. 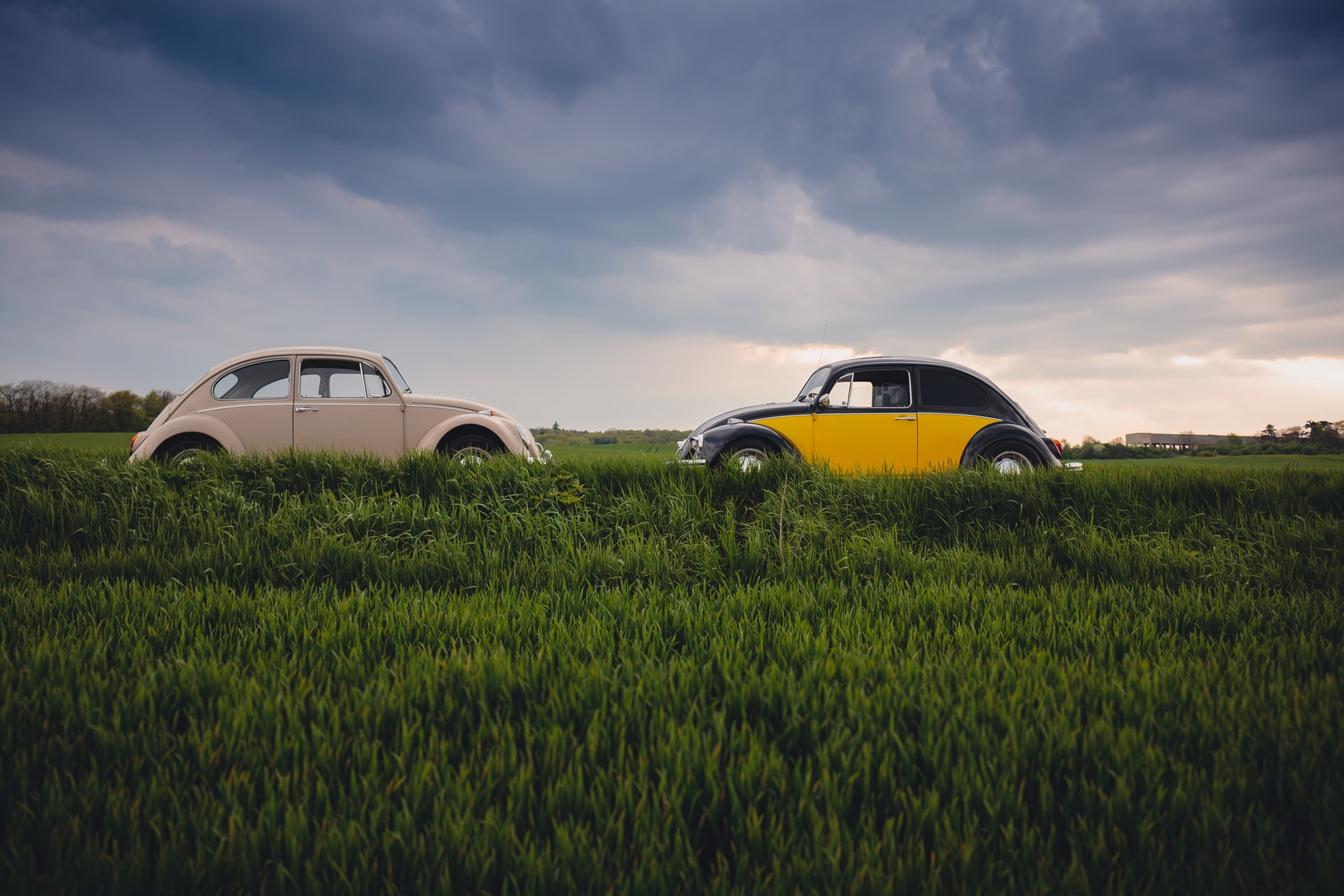 As I stated above, Qi can become deficient because if it is “missing” and lacking in the body, in which case the tonifying herbs are needed. However, Qi can also be deficient because it is blocked in the body--it has become muddled and stuck somewhere in the body, unable to flow. This can be due to unresolved health issues causing dampness, it can be caused due to blood stagnation, and even congestion in the colon. These can suppress, limit, and block Qi. Strengthening herbs work by alleviating and removing the congestive, the impediment, forces of the Qi. When they are removed, Qi flows readily, is abundant, and it feels restored. The goal with strengthening herbs is to return the body to optimum health by removing the blockages preventing Qi from flowing freely--you can't water the garden with a kink in the hose.

With RAW Forest Foods, I find that while most people are more attracted to the Yang herbs (the tonifying herbs) what is really needed are the strengthening herbs. Some, like all of the RAW Pollens, seem to be both adaptogenic (tonifying) and also clearing (strengthening). One of the most reported and appreciated “side effects” of our RAW Pine Pollen is that it improves digestion and promotes regularity. Even people who would have never considered themselves to have slow digestion or constipation report how much greater their digestion and elimination is—this directly speaks to the herb’s ability to strengthen the body.

Strengthening herbs are more focused on movement and removing blockages, thus enabling Qi to flow more freely. Think about a kink in a garden hose: While the water (Qi) may be plentiful, a kink in the hose prevents the water from coming out the end. You may turn the water up higher (such as using tonifying herbs), but that will only exacerbate the blockage. What is needed is to unfold the kink in the hose—the use of strengthening herbs. I am particularly interested in strengthening herbs, as I have found in my life there is usually truth in the "less is more approach." Not to say that I am not driven and attracted towards the Yang herbs, just that once the dust has settled, I am usually better of with less--not just in terms of medicine, but in many aspects of life. This is very contrary to the Western culture we live in, with the more is better and the focus of new, but it is worth exploring how less may bring us closer to our goals than more may.

When dealing with a perceived lack of Qi, the less is more approach many times results in a drastic turn around. When the impediments to proper Qi flow are removed, Qi abounds in the body in a deep and resonate way--the opposite of the overstimulated, almost manic way that "energy" is so often sought after in our culture.

There are four classes of strengthening herbs: those that disperse (for stagnation), draining/diuretic herbs (focused on Kidney and Bladder), purging/laxative herbs (targeting the Large and Small Intestine), and those that promote sweating/diaphoresis (strengthens the Lung).

The following herbs can be used for Qi stagnation:

Carminatives and digestives are herbs that remove Qi stagnation and include the following:

What I haven’t mentioned here is that talking about a singular Qi is simplistic, there are several types of Qi in the body, and there are several meridians which Qi flows in. Qi will also be “housed” in different organs in the body, and when talking about strengthening herbs, it is imperative to have a correct diagnosis as to the what, where, why, who, and how of the issue. Below I will describe a first approach to clearing stagnation, regardless of the fine specificities of the individual. This is a classic universal Qi stagnation dispersing formula, as told for Jeffery Yuen (88th generation Daoist priest):

The main take home message that I am hoping to pass along with this post is that the terms--and the herbs--of tonifying and strengthening are not interchangeable and that they are two distinctly different concepts, vital to the understanding of promoting Qi (and health) in the body.

The other point that I hope to make is to challenge what you are most attracted to. Sometimes what pulls us in is the same as the pathology that we are seeking relief from, like moving from one bad relationship to the next. Instead of chasing the Yang tonics, try the Yin strengthening herbs instead.