Pine Pollen: A Medicine Rooted in History and Fruiting with Modern Academic Research

The medicinal use of Pine Pollen dates back over 1500 years in China, with the use of it as a medicine first recorded in the Xin Xiu Ben Cao (Tang Materia Medica), which was authored between 657-659 C.E.. The Tang Materia Medica is considered to be the first official Materia Medica of China.

Historical Texts and the Development of a Codified Chinese Medicine

This, as mentioned above, was the first official medical text of China, and included Pine Pollen as a medicine. The Xin Xiu Ben Cao predates Western medical texts (the Nuremberg Pharmacopoeia, 1542 C.E.) by nearly 900 years. But this early reference of Pine Pollen did not end there. It was subsequently mentioned in many Chinese (and Korean and Japanese) texts, and today continues its place as an important component of Chinese medicine.

Pine Pollen in the Classical Model of Chinese Medicine

While Pine Pollen has been used in China and other parts of Asia for thousands of years, use of it is just dawning in the US. The first recorded use of it as a medicinal plant was some 5000 years ago, in the first Chinese medical text, The Pandects of Materia Medica. This text is still used today in both Classical and Traditional Chinese Medicine. 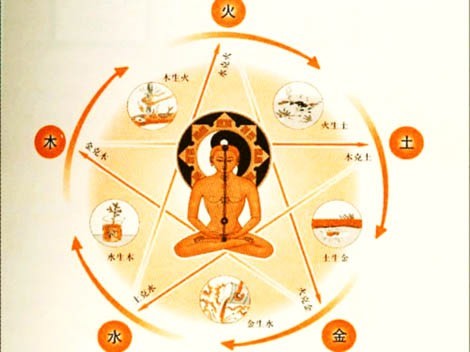 In Chinese Medicine, Pine Pollen is considered to be a tonic herb, capable of a wide array of healh benefits:

In Chinese Medicine, the tonic effects of Pine Pollen may be translated into:

In China, because Pine Pollen is such an important and powerful supplement, vast amounts of clinical and medical research has gone into not only its safely but also its efficacy. Clinical research in China and the US show that it is an effective daily supplement which may assist in:

Below, we have worked to translate historical citations of Pine Pollen in Chinese, Japanese, and Korea medical texts.

Much of the following has never been published in English before, and we have done our best, working with a Chinese TCM expert, in providing a contextualized translation of these ancient texts. The translations we are providing here are all original content (© 2014, RAW Forest Foods LLC) produced just for our customers.

We hope you enjoy having access to this information.

“Pine Pollen is also named Pine Yellow because it resembles cattail pollen. Long-term use of Pine Pollen may decrease weight (assist in weight loss). The medicinal application is greater than the use of Pine Bark, Pine Leaf, and Pine Resin”.

“The yellow powder of the pine flower is called pine yellow. People in the mountainous areas collect the pollen at specific times and use it in the preparation of a delicious pastry. However, because Pine Pollen could not be preserved for any great length of time, it was seldom transported to distant places. Pine yellow (Pine Pollen) looks like cattail pollen but with a lighter taste. Pine yellow (Pine Pollen) can treat postnatal high fever, headache, dry mouth and lips, agitation, thirst, and muddled and unpleasant moods, too.”

“Pine pollen has a sweet, mild taste, with no toxicity. It assists the cardiopulmonary system (heart and lungs), nourishes Qi, expels wind, stops bleeding, and can be used for brewing into wine.”

“Pine pollen is effective to cure several conditions of of variola, sores, injuries, as well as rotten [gangrene] wounds which will not scab on their own.”

In the Jing Bian Ben Cao Gang Mu, Shizhen Li describes the Pine tree as tall and straight, with rough and thick bark like fish scale, which blooms during February and March from a 4” to 5” flower (the male pine catkin). Li refers to Pine Pollen as Pine yellow, and the pine cone as being shaped like a pig’s heart.

Li describes the taste of Pine Pollen (Pine yellow) as sweet and mild with no toxicity. According to Li, Pine Pollen nourishes the Heart and Lung, tonifies Qi, expels wind, and stops bleeding (hemorrhaging).

The following is translated from the 1985 edition of the Chinese Pharmacopoeia.

Pine pollen is the dried pollen collected from fringes of the Pinus massoniana lamb., Pinus Tabulaeformis carr., Pinus Yunnansis franch., trees during bloom at the beginning of spring.

Property: Sweet, mild, a medicine for the Liver and Spleen.

Usage and dosage: External use

Shelf life: Store in dry place and keep away from moisture

Collection and processing: Collect the pine Catkins when pine trees bloom during April and May and then naturally dry the pine pollen catkins to eliminate the impurities.

Specification and character: Pine pollen is light yellow fine powder and shown as tiny round cells under microscope. It is with light weight and easily to lifted in the air, with sense of smooth, mostly floating in the water, lighter smell and taste. The high quality pine pollen is those yellow, fine and smooth pollen with not impurities and great fluidity.

Property: Sweet and mild in property; medicine for liver and spleen. Tonify spleen and liver yang which could nourish liver and eliminate the wind, also with function of astringency and hemostasis.

External use: Smear on the affected part after mixing with liquid.

Historical and Contemporary Use in Japan and Korea.

Historically, the traditional medical practices of Japan and Korea were greatly influenced by classical Chinese culture and medicine. Many of the prominent early medical works from China were quickly exported and translated into Japanese and Korean, including the Tang materia medica/ Xin Xiu Ben Cao and the Compendium of Materia Medica. These texts both enriched the medical theories of those countries and positively influenced the health of the populations. Throughout history and into today, the traditional medicines of Japan, North, and South Korea have been heavily influenced by classical and Traditional Chinese medicine.

Similar to China, Pine Pollen has a long history of use in Japan. In early Japan, it was first used as a panacea of sorts, treating many diseases throughout both Japanese royalty and the common classes. Looking back at historical treatment logs, it is clear that Pine Pollen was being prescribed in Japan according to the classic Chinese texts. Additionally, records show that ancient Japanese were consuming it as a food and medicine, aside from prescriptions from the medical text. This is especially true of people from the Japanese Ibaraki Prefecture, who have a long history using Pine Pollen. An ancient saying in Japan translates to “The softness of pollen is even superior to rice, cotton, and rabbit fur.”

Today, Pine Pollen is even more popular in Japan than it was historically. Within the medical field, it has enjoyed positive scientific research. Doctor Saito of the Urology Department Nagasaki University, Japan, specifically has researched the medicinal application of Pine Pollen for treating male urological diseases and illnesses, including as a treatment for prostate disease.

Other Japanese medical research into Pine Pollen has studied its anti-aging effects, including reversal of graying hair and promoting hair regrowth after loss due to age (androgenic alopecia). According to the research, these results are shown after approximately half a year of use. In contemporary Japan, it is also used as a beauty aid for lightening scars and freckles and is referred to as “The source of beauty”.

Pine Pollen is also used as a food in contemporary Japan. Pine Pollen Powder Cold Noodles has been a featured dish at many Japanese, highlighting the importance of Pine Pollen in Japan.

Similar to Japan, Korea (present day North and South Korea) also has both historical and contemporary use of Pine Pollen.

The famous Korean medical work Dongui Bogam was compiled by the royal physician Heo Jun (1539 – 1615, and was first published in 1613 during the Joseon Dynasty of Korea. Historically, South Korea and North Korea were a unified whole under the Joseon Dynasty. The Joseon Dynasty (also known as the Chosun, or Li Dynasty). The Li Dynasty ruled over the Korean peninsula from 1392 to 1910—519 years. And during this period The Dongui Bogam as mentioned, was written during this time period, and was one of the most important medical texts to come out of the Dynasty. The title of the text literally means “Mirror of Eastern Medicine,” which, to put it lightly, makes reference to the deep, fundamental influence that Chinese medicine had on Korean medicine.

The original Dongui Bogam was written in Chinese and only fragments of it was transcribed into Korean for popular use by common Koreans, as only the elite were fluent and literate Chinese. The value of the Dongui Bogam as an authoritative medical text to the development of Korean medicine is on par with the the influence of the Compendium of Materia Medica was to Chinese medicine.

It is in the Dongui Bogam where we see the first mention of Pine Pollen in Korean medicine (publication 1613). In the text, Pine Pollen is recoded and described as the following:

“Pine Pollen is sweet in mild and sweet in taste, nourishes the Heart and Lung meridian, tonifies the Qi, and stops hemorrhaging.”

The Dongui Bogam is regarded as highly influential and important in traditional Korean medicine and it is today considered one of the classics of Oriental medicine. The importance and historical significance of the texts is reflected in its designation (July, 2009) on UNESCO’s Memory of the World Programme.

Koreans during the Joseo Dynasty held Pine Pollen as a food in high regard. The compendium of Korean life under the Joseon Dynasty, known as the Annals of Joseon Dynasty, are the official annual records of life under the Dynasty, and were kept from 1413 to 1865. In this text, the use of Pine Pollen as a food and as a brewed wine in mentioned. Furthermore, speaking to the significance of its harvest, the book details how the yearly harvesting of the pollen was imposed labor for the Korean people. Depending on the harvest and the available work force, monks were also recruited for the harvest. Presentation of the Pine Pollen harvest was a tribute at the Royal Palace. Today, Pine Pollen tea and food from the Royal Palace is still a well-known food in South Korea. In recent years, there has been a proliferation of beauty products from South Korea (considered by many to be the world’s preeminent source of beauty and skin care products) containing Pine Pollen.

* These statements have not been evaluated by the Food and Drug Administration. This product is not intended to diagnose, treat, cure, or prevent any disease. Please view our full Terms and Conditions.