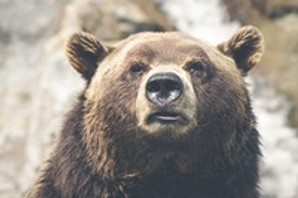 In looking at the histology (the study of cells) of the body, it is no surprise at all that the foods we eat and the health of our gut will have a direct impact on the health of the blood brain barrier.

What is the Blood Brain Barrier?

Inflammation is highly damaging to the brain, negatively affecting cognition, mood, and behavior. A study published in 2012 reported the connection between gut microbes and their effect on the mind. This study, titled the Mind-altering microorganisms: the impact of the gut microbiota on brain and behaviour, stated that "gut microbiota also communicates with the CNS — possibly through neural, endocrine and immune pathways — and thereby influences brain function and behavior." What's more, another study--which was done on mice--established a connection between the health of a mother's microbiome and the health of the blood brain barrier of her offspring. As one writer states it, "evidence [exists] that our indigenous microbes contribute to the mechanism that closes the blood-brain barrier before birth. The results also support previous observations that gut microbiota can impact brain development and function." The health of our brain is influenced by the health of our mother's microbiome.

But What Happened To Free Will?

The connection between the bacteria residing in our guts (which arguably are outside of the body) and our brain health and our behavior makes one wonder, "But what about free will?" If our behavior is affected by the bacteria residing in and on our bodies, then how are we responsible for our actions? Aside from the microbiome, a recent article (which I highly recommend everyone read) in The Guardian detailed several recent research papers which outline the many ways our behavior—and our will—is affected by outside circumstances, including sleep/lack of sleep, how our bodies are positioned, even if we are sexually arouses or have to urinate.

How the Microbiome Affects Brain and Behavior: Elaine Hsiao at TEDxCaltech

There is no clear answer here. Of course free will exists, at least as far as it is popularly known, and learning about the many different factors that influence our thoughts and actions only provides a greater understanding and a greater context of people and their environments. At least legally, no matter what we put into our bodies (such as drugs or alcohol) we are still responsible for our actions--and I believe there is truth in this.

We can better understand the root of action through the study of microbes and the influence of our environments, but ultimately we are the masters of our own domains. We can learn to leverage these findings to make ourselves better people, not to explain away or excuse bad behavior.