"It was always obvious to the ancients wisdom traditions that mind and body were interconnected but somewhere along the line we created a dichotomy as if they were different" -- The Connection: Mind Your Body

Eight Weeks of Meditation Produces Physical Changes to the Brain

PLOS ONE, the open source peer reviewed journal published by the Public Library of Science out of San Francisco, published a paper this past month titled " Interaction between Neuroanatomical and Psychological Changes after Mindfulness-Based Training." What this research is looking at are the real physical changes that occur in the brain in response to a mindfulness based meditation practice. The researchers used a group of novice mediators and had them practice a type of medication called Mindfulness Based Stress Reduction (MBSR). This is a type of meditation based on connecting practitioners with their physical sensations, perceptions, emotions, cognitions and behavior.

Over the course of eight weeks, those practicing MBSR noted changes in the attitude of the "practitioners towards their thoughts, sensations and emotions." Additionally, researchers saw "a significant reduction of several psychological indices related to worry, state anxiety, depression and alexithymia" in the study subjects.

While this part of the research is interesting, it only confirms what is already known by those that are either close to meditation or those who meditate themselves. What made the research worthy of publication is that researches, though MRI imaging, found structural changes in the brain following the 8 week meditation period. The brain, through meditation, actually goes through physical changes, rewiring itself to reflect the meditation practice.

Google and Meditation. What?

In October, Google hosted Dan Harris, TV journalist and author of 10% Happier. Harris spoke of his own use mindfulness based meditation and how its practice has transformed his own issues with anxiety, drug use, has made him "10% happier," and made him a better friend and husband. As a workplace, Google has invited several authors of meditation come to speak to their employees, and meditation has a huge popularity in Silicon Valley. This is of no surprise, since the tech industry is noted for its overwork, fast-paced work environment. I highly recommend every watch Dan Harris' talk at Google.

The Mind Body (and the Body Mind) Connection

More and more, western medicine is learning to respond to its almost ineffectiveness at understanding and treating stress, and part of this response is a necessary acceptance and a embrace of the connection between the mind and the body (and the body and the mind). This comes from some Western doctors as an admission that traditional health and medicine practices have value and that that value has applicability today to fill the gaps where Western medicine fails.

While many western scientists and doctors have preferred to deny the physical impact of emotions, it is interesting to see how embedded this knowledge is in our society. In fact, the word noose (like the knot used to hang and kill someone) actually has its root in the Greek word "noia," which means thought. This is because the Greeks believes that thought happened in the upper chest--because that is where emotions are felt. In the Bible, the word repent is a mistranslation of the Greek "metanoia," meaning a change in thought--without the connotation of repent." Everybody has felt thoughts and emotions in this area of the body, yet medicine largely denies the mind - body connection. But what happens when emotions are measured by their physical nature? 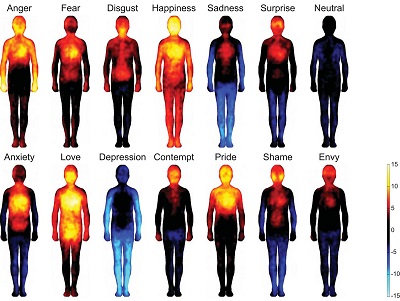 The Connection: Mind Your Body

The Connection: Mind Your Body, is a new documentary which explores the connection between the health of the body and the health of the mind. It covers both the science as well as the theory, and intersperses throughout with people telling their personal stories of their own journey of connecting their mental and physical health.

As stated on their website, "The Connection is a film about how frontier research is proving that there is a direct connection between your mind and your health." The backbone of the film is exploring filmmaker Shannon Harvey diagnosed and recovery from an autoimmune disease.

You can learn more about the "The Connection" documentary and watch the first fifteen minutes of it at their website.