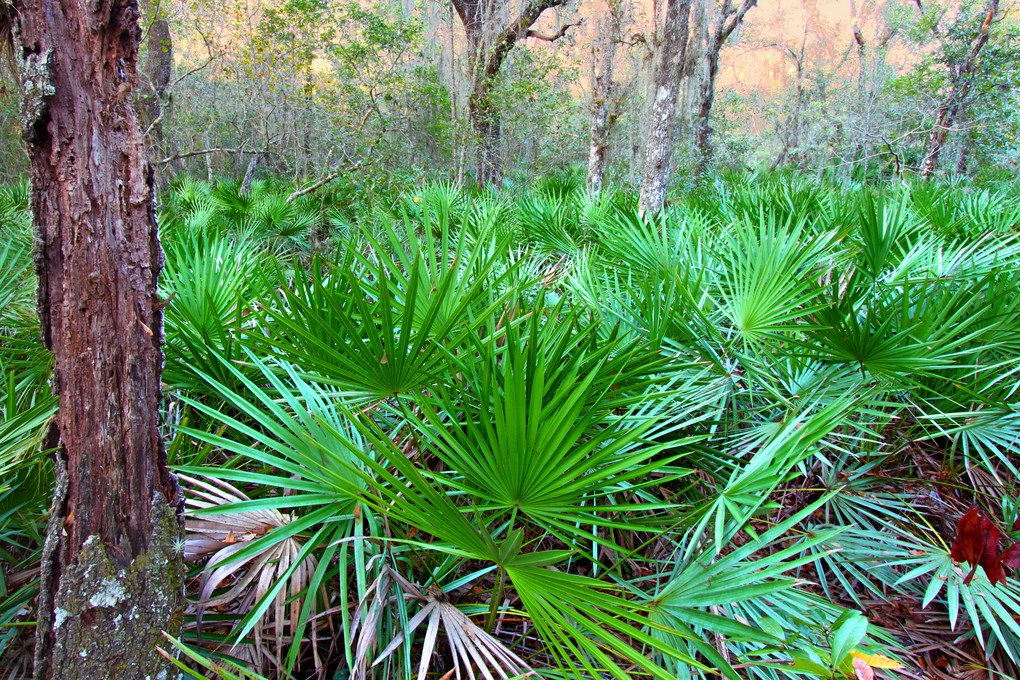 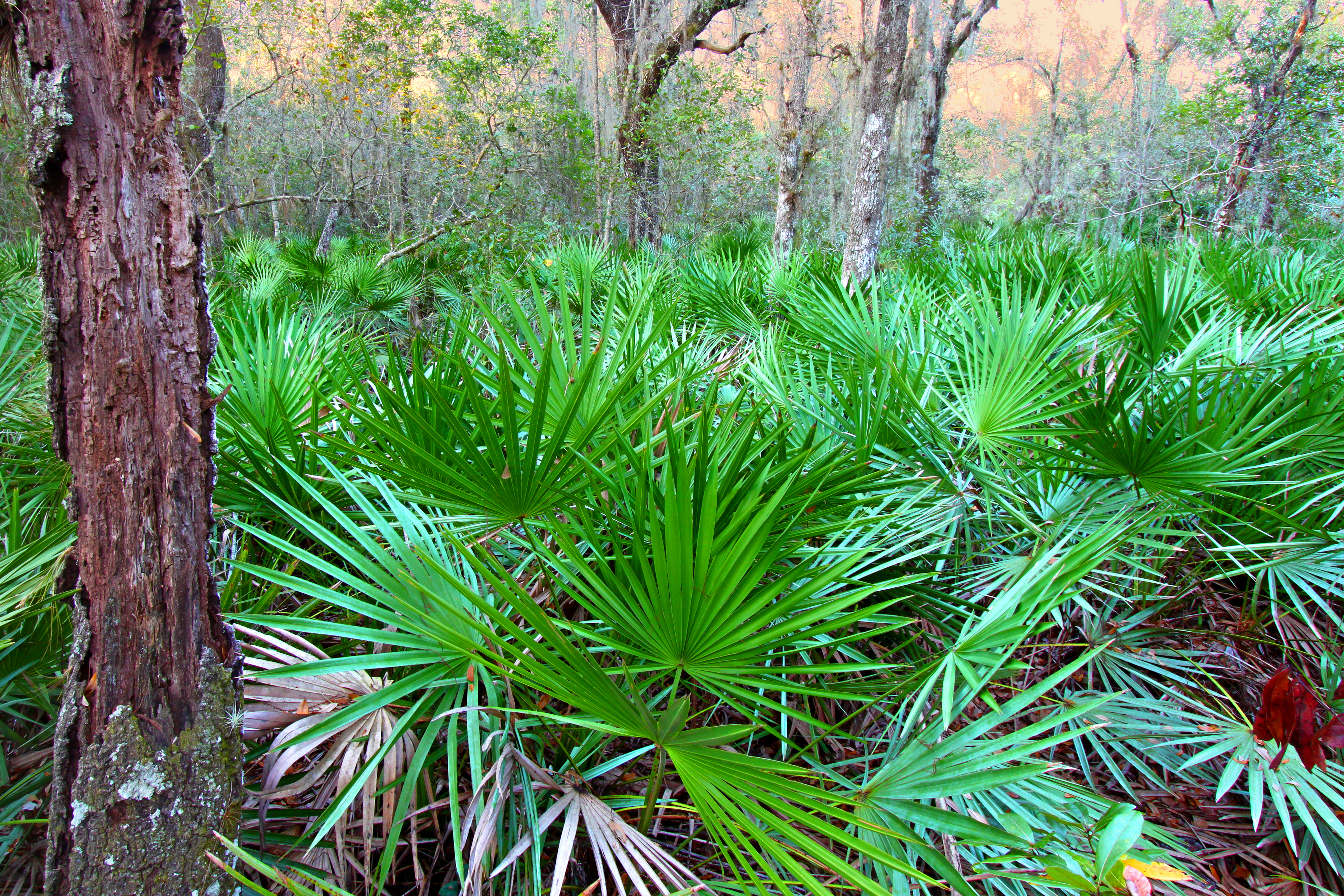 Since working on the article Herbal Interventions for Male Infertility , I have been doing a lot of research into the commonly indicated herb Saw Palmetto ( Serenoa repens) berry. Saw Palmetto is an extremely common herb, one of the few that have permeated popular culture and have become ubiquitous in health food stores and many mainstream grocery and drug stores. Most often, it is indicated, and used, for prostate health. It is widely known as a male (and female) reproductive tonic, nourishing the whole male system, and is used in cases of impaired sexual health. The clinical research into Saw Palmetto demonstrates that it effectively reduces dihydrotestosterone (DHT). Mainstream medicine (and many alternative healthcare providers) implicate DHT in prostate problems, such asbenign prostatic hyperplasia (BPH).

But what is DHT and do we really want to be removing it from our bodies? DHT, short for dihydrotestosterone, is a androgen (male sex) hormone, synthesized from testosterone in the prostate gland, testicles, hair follicles, and adrenal glands, by the enzyme 5-Alpha Reductase. Only five percent of testosterone undergoes synthesis into DHT; however, DHT is becoming more and more respected as the most important androgen, and it very well might be the case that DHT is the most important male androgen in issues of male fertility.

DHT has approximately ten times greater affinity for androgen receptors than testosterone and has a fifteen to thirty times greater affinity than other adrenal androgens (like testosterone). This is important for normal male development in every state of life, from in-utero throughout adulthood. Unlike testosterone, DHT is unique that it cannot be converted by the enzyme aromatase into the harmful metabolite estradiol, and even blocks aromatase.

So how does DHT fit into male fertility? First we need to understand a little bit about the physiology of male fertility. Each testicle contains five hundred somniferous tubels, and inside of these live Sertoli cells. Sertoli cells make both androgen binding protein and sperm. Androgen binding protein calls DHT and testosterone to where ever it is located. If it is located in in the Sertoli cells (and the epididymis), sperm production will begin. Remembering that DHT has approximately ten times greater affinity for androgen receptors than testosterone and has a fifteen to thirty times greater affinity than adrenal androgens, and that DHT is unable to be synthesized to esterdiol and blocks aromatase, we can see how important DHT is in healthy male fertility. Locate DHT to the Sertoli cells and you locate a much more powerful androgen. Many researchers are beginning to see DHT as the master hormone and testosterone as a pre-hormone, since DHT is synthesized from testosterone, and is ten to thirty times more active.

In the context of Saw Palmetto, we have to ask ourselves if removing DHT is advantageous to not only healthy male fertility, but to a healthy male body?

What about Benign prostatic hyperplasia (BPH)? If DHT is implicated in BPH, doesn't it make sense to reduce levels of DHT? Not so fast. Increasingly, medicine is beginning to realize the role of estrogen hormones in male health. Prostate problems are not so much an issue of testosterone and other androgens, but are related to the ratio of androgen to estrogen hormones in the male body. When men become estrogen dominant, and the healthy ratio is skewed towards estrogen, then male reproductive issues ensue. Researchers in France are treating BPH with bio-identical DHT cream, with great effect. By normalizing the ratio, and restoring healthy testosterone dominance, prostate problems begin to go away. Using a DHT cream would help restore proper hormone levels, alleviating BPH.

Clinical research has actually failed to implicate DHT with BPH and other prostate problems. Using topical DHT cream (70 milligrams per dose), researchers have treated men, taking pre and post Prostatic-Specific Antigen (PSA) tests. After treatment with DHT, PSA numbers did not increases in subjects, and those using DHT cream cited reduced prostate issues after the trial.

However, it is possible that Saw Palmetto is greatly misunderstood, and it could have an action on the reproductive system that we are largely unaware of. From a Traditional Chinese Medicine (TCM) perspective, many herbs are useful in treating certain conditions, but they come with other actions which cause unwanted effects. In creating a TCM herbal formula, the first ingredient in used to treat the issue and the second ingredient is used to counteract the undesired effects of the primary (first) herb. Many people claim that Saw Palmetto has a powerful action in revitalizing atrophied testes and ovaries. If this is true than in cases of glandular atrophy, Saw Palmetto stands alone as a very powerful medicine and should not be discounted for its ability to remove DHT, because no other herb has this unique ability. Instead, you would want to include herbs that raise levels of DHT, and monitor with blood work to guide you in obtaining healthy hormone levels.

Aside from using a pharmaceutical DHT cream, there are other actions you can take in restoring healthy DHT levels. Most notably, Chinese ( Panax) Ginseng and Tribulus both increase DHT production. Using the cruciferous vegetable extract DIM, which increases estrogen metabolism in the liver, can help restore a proper testosterone to estrogen balance in men who have become estrogen dominant. Ginger is also an effective herb for reducing high levels of estrogen (see our Endocrine Strengthening Formula for more information on these herbs).

What I did not address in this article is the role of DHT and male pattern hair loss/balding. This is undisputed. If you suffer from male pattern hair loss and you want to reduce your levels of DHT to combat this, weigh the pros and cons. You very well might have an excess of DHT and in that case, using Saw Palmetto might be able to bring your levels back within a normal, healthy range. If you think you might have endocrine issues, it is best to start any herbal, or other, program with getting a hormone screen from your doctor, so that you know where you stand.