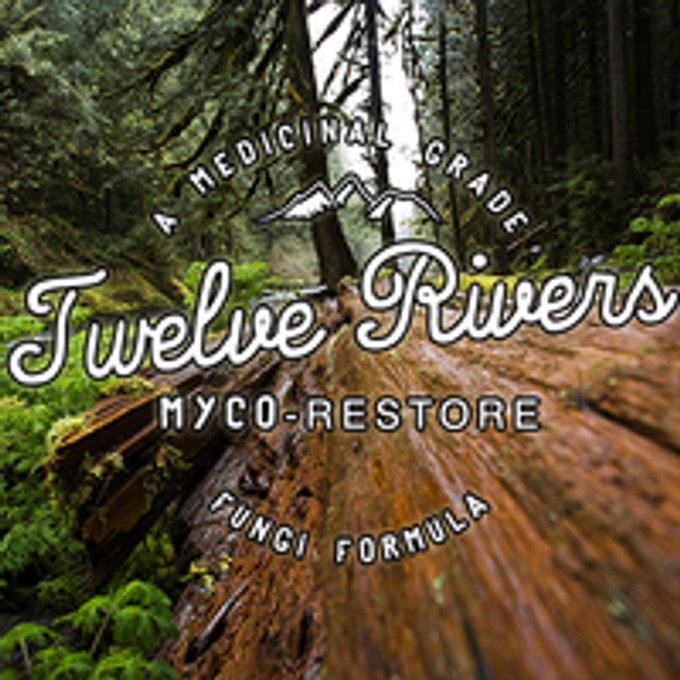 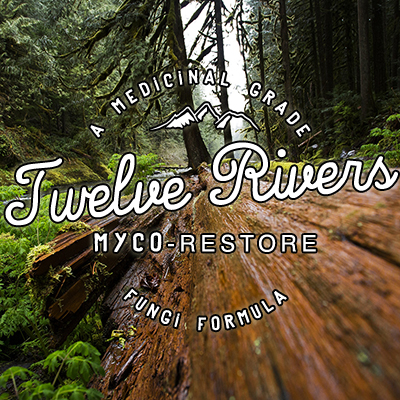 Nourishing and Tonifying the Twelve Rivers

Medicinal fungi, commonly referred to simply as medicinal mushrooms, represent one of the most important categories of natural medicine—a category that allopathic medicine is just now tapping into. Humans share more DNA with fungi than we do with plants, and it is of no surprise that the mysterious world of mushrooms hold such potential of wisdom and wellness for us. Indigenous cultures knew of—and utilized—the healing potential of mushrooms and now the post-industrialized society we live in are finally catching up.

Twelve Rivers represents our greatest understanding of medicinal fungi, co-evolved and formulated into one product, with the intention of providing our customers with a game-changing medicinal fungi formula.

A Sum Greater Than its Parts

We take our formulas seriously at RAW Forest Foods, working with scholars and practitioners to develop our products—all while keeping the needs and desires of the RAW Forest Foods customer in mind. We create these products for you. 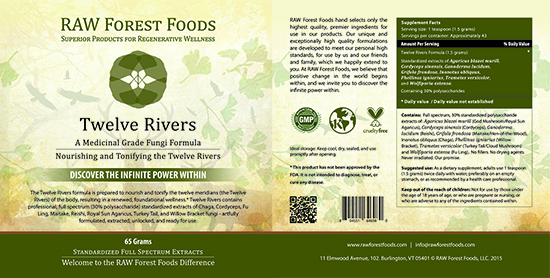 Twelve Rivers contains seven medicinal mushrooms, all of which has the therapeutic ability to stand on their own, but we combine them here synergistically to provide a formula that works on a deep level to restore the immune system and fight infections, to promote proper cell replication (decreasing DNA and RNA mutations and fighting cancer and tumors), and to improve libido, sexual functioning and reproductive health.* Several of the mushrooms included in this formula are also known for their ability to promote a clear, peaceful, and even spiritual mental space.*

While all of the medicinal fungi we have selected for inclusion in this formula share some similar characteristics (enhancing the immune system and broad anti-cancer benefits), each included mushroom shines in its own unique way, adding a deep value and synergistic balance to the formula. For instance, Cordyceps ( Cordyceps sinensis) offers immune system and anti-cancer benefits; yet Cordyceps also singularly stokes and refines the fire of the Kidney, granting sexual rejuvenation, anti-aging, and athletic gains*.

Mushrooms work with the body, not in opposition to it. As such, while offering potent benefits, they work safely and moderately as medicinals, not causing any undue burden on the body or its organs. As a formula, Twelve Rivers achieves and reinforces each of the included medicinal mushrooms, resulting in a sum greater than its parts—in pure alchemical tradition. Our customers have been asking for a medicinal fungi formula, and we are so pleased and excited to be able to offer them our Twelve Rivers formula.

The Mushrooms of the Twelve Rivers

We use only professional, medicinal grade extracts of:

Known commonly as Cordyceps, is used to strengthen and regulate the immune system (not an immune-stimulator like Echinacea), nourishes Kidney Yang and Essence, which translates to improved libido and sexual functioning. Cordyceps are immensely popular with athletes.

Known commonly as Reishi and in Traditional Chinese Medicine as Lingzhi, is perhaps one of the well-known and important medicinal fungi. Used since classical times in China, found in the tombs of ancient Egypt, and referenced in written works of Greece. Studied extensively today, Reishi has proven restorative effects upon immune system, promotes healthy red blood cell formation in the bone marrow, and is used in hospitals as an adjunct cancer therapy. Reishi is known for its ability to increase the Shen, the spiritual connection and awareness.

Known commonly both as Poria cocos, as Fu Ling in Chinese Medicine, and as Hoelen. It is a truffle like fungi which grows on the roots of pine trees., chiefly on Pinus massoniana (where our Pine Pollen is harvested from). Poria cocos is one of the 8 original treasures of Chinese herbalism. It is used to invigorate spleen and promote tranquilization, clear dampness, assist in healthy urination in those with scanty flow. Traditional Chinese and Japanese medicine for its diuretic, sedative, and tonic effects. Various studies of this fungus have demonstrated its marked anti-inflammatory activity in different experimental models of acute and chronic inflammation, potentiating the immune response. In addition, they showed antitumor activity against. 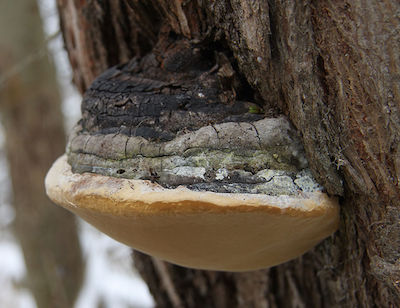 Is a known mushroom to the indigenous of New England. It is commonly referred to as Willow Bracket and is used to detoxify and protect liver, for its antioxidant and free radical savaging abilities, for potent anti-bacterial and anti-cancer effects, including support against Lyme Disease (Borellia B).Traditionally used throughout China and by the indigenous of Alaska for gastrointestinal complains and to clean the lymphatic system.

Is one of our favorite medicine mushrooms here at RAW Forest Foods. While commonly known as Turkey Tail for its beautiful multi-color fanning effect, Trametes versicolor is also known as Cloud Mushroom. Turkey Tail has been studied extensively for its ability to intelligently activate the immune system, benefiting those with both underactive and hyperactive immune systems, including the natural killer (NK) cells, T cells and phagocytes. Trametes versicolor has been shown to have anti-tumor and anti-cancer benefits. 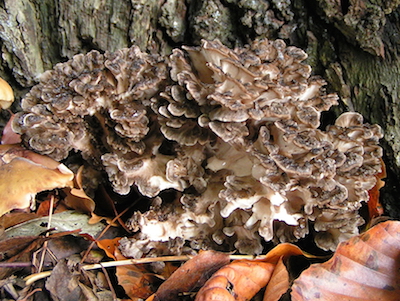 Commonly known by both hen-of-the-woods and by mitake, is researched and used for its ability to activate and modulate the body's immune cells, including the natural killer (NK) cells, T cells, and phagocytes. Furthermore Grifola frondosa has been shown to have anti-tumor and anti-cancer properties. Grifola frondosa may hold promise for those seeking to control or lose weight, lessen some of the side effects of chemotherapy, as an adjunct therapy for HIV/AIDS, support for those with chronic fatigue syndrome (CFS), hepatitis, hay fever, diabetes, high blood pressure, high cholesterol, and for infertility due to polycystic ovary syndrome.

Known as Almond Mushroom, Mushroom of the Sun, God's Mushroom, Mushroom of Life, Royal Sun Agaricus, Princess Matsutake, and by a number of other names, is both a choice medicinal and a choice edible mushroom, with a sweet flavor and sent of almonds. Medicinally, Agaricus blazei murill has been used traditionally against a range of diseases, including cancer and chronic hepatitis. Currently, scientific research into the mushroom has focused on its strong been shown to have strong immunomodulating properties, and as such as a treatment for infections and cancer.

Commonly known as Chaga, is a parasitic fungi which grows on birch trees. Chaga has been traditionally used as a medicinal fungi in what is now many of the Baltic countries, Poland, Russia, Siberia, as a cleansing and disinfecting measure, and as decoctions for stomach diseases, intestinal worms, liver and heart ailments, and cancer treatment. In the laboratory, Chaga Extract has shown promise as a potential treatment for cancer, as an antioxidant and anti-inflammatory, for immunotherapy. In one Russian study, Chaga demonstrated its ability for use in neutralizing auto-immune diseases. In short, many research papers have been published in regards to the antibacterial, hepatoprotective, anti-inflammatory, antitumor, and antioxidant activities of Chaga.