The Ephemeral Qi; the Substantial Qi

Qi is not an abstraction. It is not esoteric nor strictly the material of the mystics. While in the US and other western countries we imbue qi with a deep sense of other-worldliness, steeped in new age mythology, qi is actually just a simple, almost colloquial, way to describe energy. In traditional Chinese, for instance, the word weather is written as 天氣, tiān qi. To be angry is to have rising qi (dú qì). Qi is quite simply—and completely complicated—energy. Qi is ephemeral and at the same time it is substantial. Industrial waste gas is simply fèi qi (廢氣), yet the courage of one's convictions is lǐ zhí qi zhuàng (理直氣壯).

But what does this mean for us? In thinking about our own Qi, which I will refer to in its capitalized form, we need to think about Qi in four ways:

The Quality and the Movement of Our Qi

The quality of our Qi and the movement of our Qi can be the basis of sickness and of health. In Chinese medicine, one of the five braches of practice is the internal practices, such as Qi Gong or Tai Chi. These are movement and meditation based practices which refine (improve the quality of) our Qi and help clear the meridians of the body so that Qi and flow freely and unobstructed. Is it said that though Qi Gong we are able to achieve the “six no worries:”

The “no worries” are achieved because of quality, refined Qi and flows freely and fully through our bodies. While this may seem a little abstract or far-out there, we have all had days or moments where we have felt the “no worries” coursing through our veins, every thing seems perfect, content, and blissful; so why not try and understand how to nurture and harness that state within ourselves and on a more permanent basis? That is what Qi Gong seeks to do.

The Source and Types of our Qi

When we are speaking of the types of Qi in our bodies and their sources, we are getting into what is referred to as the “vital substances,” as they are known in Traditional Chinese Medicine. This is a major differentiation from the use of the word qi (lower case) as described in the first paragraph of this post and is a move towards to use of the word Qi to describe the life force contained in us and in all things. 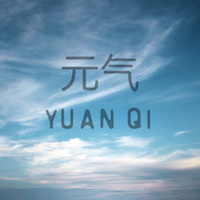 I have written about Yuan Qi on several occasions at RAW Forest Foods, mostly in an effort to help people better understand Jing.

There are two types of Yuan Qi in the body: Prenatal and postnatal. Prenatal Yuan Qi is inherited from our biological parents (50 percent maternal and 50 percent paternal). Prenatal Qi can not be “added to” throughout our lives, but the quality of prenatal Qi can be refined and improved. It can also be prematurely degradated and used (through stress, sickness, the use of stimulants like coffee). Postnatal Yuan Qi is like the Yuan Qi spending account. It can be added to and it can be subtracted to. It is our source of energy and motivation throughout the day. While Jing is our “essence,” Yuan Qi is the transformation of our Jing or essence into Qi—the application of our Jing in our lives. Furthermore, Yuan Qi is the source of Yin and Yang within us and the quality of our prenatal Yuan Qi is dependent on the quality of our biological parents’ Yuan Qi. This is the merging of the allopathic study of epigenetics and Chinese medicine.

The root of Yuan Qi is in our Kidneys and it is distributed throughout the meridians and subsequently throughout the body through the San Jiao, known in English as the Triple Burner. 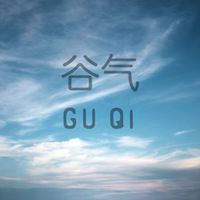 As food is transformed within us—digested, absorbed, the nutrients coursing their way through our veins and to our cells, Gu Qi is that first stage of transformation. Within Chinese medicine, the food we eat needs to be first "Rotted and Ripened" in the body (an antiquated way to describe the way the muscles of the body (face, mouth, esophagus, and stomach) and the enzymes produced by the body work together to ready absorption by the small intestine). The Stomach (as a Chinese organ) does the rotting and ripening,” and then sends it so the Spleen where it is transformed to Gu Qi.

Gu Qi is send sent from the Spleen and Stomach (both housed within the Middle Burner) to the Lungs and Heart (housed in the Upper Burner). Here, Gu Qi is combined with air to form Zong Qi (with the assistance of the transformational power of Yuan Qi—without Yuan Qi this transformation cannot happen). Some of the Gu Qi will pass through the Lung to the Heart where it will be transformed into Blood.

Zong Qi is the gathering Qi. As mentioned above, Gu Qi combines with air to manufacture Zong Qi—but what is Zong Qi? Similar to the autonomic nervous system, that automatic functioning of our body responsible for our unconscious organ functioning: the heart beating, the lungs inhaling and exhaling…Zong Qi nourishes the Heart and Lungs. Zong Qi is the basis of the involuntary heartbeat and respiration. Furthermore, Zong Qi assists the Lungs in controlling Qi and respiration and aids in the Heart’s overseeing of the the Blood and Blood Vessels. A mutual relationship exists between Zong Qi and Yuan Qi, where Zong Qi flows downward to the functioning of the Kidneys and where Yuan Qi flows upward to assist in respiration and the manufacture of Zong Qi from Gu Qi.

When Zong Qi is poor, Blood will not circulate freely and the extremities will be cold and weak. Because Zong Qi governs the Lungs, a symptom of poor Zong Qi is a weak voice. Zong Qi is easily influenced through our emotions and our emotional state. Practices like meditation, Qi Gong, and exercise can greatly influence the health of our emotions, and subsequently the quality of our Zong Qi. 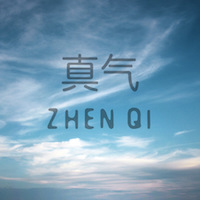 Zhen Qi is manifested as Ying Qi and Wei Qi—these are the two forms, the two subcategories, of Zhen Qi. Ying Qi is our nutritive Qi and Wei Qi is our protective Qi. 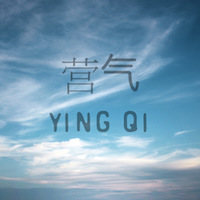 Ying Qi is our Nutritive Qi, and it similarly nourishes the internal organs and the whole body. Ying Qi is very closely related to Blood and Ying Qi actually circulates alongside Blood in the meridians, channels, and vessels of the body.

When acupuncture, acupressure, or Tui na (therapeutic Chinese massage) is performed, it is the Ying Qi which is being affected and activated.The twelve channels of the body (also known as the twelve rivers), houses the Ying Qi, where it spends two hours in each channel, moving through all twelve channels in every twenty-four hour period.

As the twelve channels are connects to the internal organs, specific organs are nourished during these two hour periods when the Ying Qi is circulating within their respective and particular channel (or river). This is the micro-geology of the natural environment of our bodies. 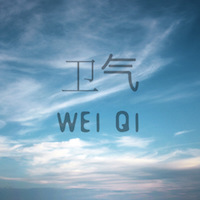 As allopathic medicine has the immune system, Chinese medicine as Wei Qi. Wei Qi is the protective Qi, closely encasing the body in a shield of protection. While the nutritive Ying Qi is more Yin, the protective—almost gossamer—Wei Qi is more Yang. Wei Qi moves fast, it is easily motivated, and has a difficult to grasp, slippery physical nature.

Functions of the protective Wei Qi: 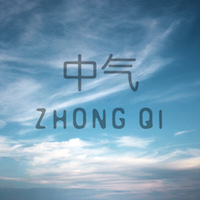 Zhong Qi (Kong Qi) is also known as the Central Qi. Zhong Qi is manufactured from Gu Qi (food), produced by the Stomach and Spleen and with the assistance of Yuan Qi. 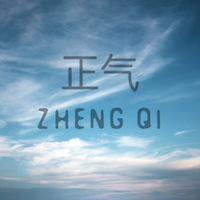 Similar to the protective abilities of Wei Qi in protecting again exogenous pathogens, Zheng Qi—Upright Qi—is a general, generic way of referencing the various forms of Qi which protect the body from outside threats and pathogens.

In usage and as a term, Zheng Qi is usually only used when referring to the body’s ability to protect against a specific pathogen, in a great than less than comparison. One might say that Zheng Qi is poor in comparision to the pathogen.

How We Spend our Qi

Coffee is a perfect example of this. Coffee borrows upon on Prenatal Yuan Qi, and once we borrow upon our Prenatal Yuan Qi, we can never get that bit of it back. It is gone forever. Coffee will always have this function in the body; each and every time. But does that mean you never, ever want to drink coffee again? That's a personal question that only you can answer. Sometimes you may want to. Sometimes the benefit will outweigh the cost. And that is how we must think about our Qi; we have to decide, quite consciously, what we want to spend it on and where we would rather conserve it. And as Robert Peng says, "In good Qi."